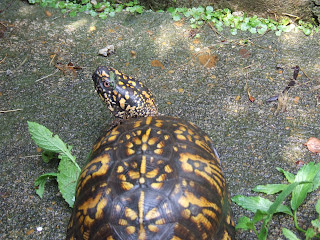 I love lists, and this is a good one.

Love your choice of movies: The Ghost and Mrs. Muir - Whilst at school we were instructed to write an essay about our favourite movie and I chose this one. Not because it was my fav but because it was on TV the night before the essay was due in! Don't get me wrong I did love it.
Black Narcissus - was one that my Grandmother loved, it is so atmospheric, wonderful stuff, that bell tolling.
Thanks for joining in, have a wonderful Easter weekend.
Carolyn x
Willow House

It's so great to find out a bit more about each other! After reading your food list, I feel like heading to the kitchen to roast a chicken! Happy Easter!

I wish you happy Easter weekend, Beth, you and your family!

It's really interesting seeing what other people like!
You always manage to go onto a new posting so soon after it goes up. How very clever of you!

Mrs Doyle plays the part of the housekeeper who is overworked and totally taken for granted by the three priests she works for. Father Ted, Father Dougal and Father Jack. All these priests have been sent to Craggy Island, which is off the West coast of Ireland because of various misdemenours. Father Ted is one of my favourite programmes and if you google Father Ted you will see photos and it will tell you about the programmes. It is very irreverant about the Catholic church, and being a Catholic myself, I am delighted by the programme and I think most priests are too!

ditto the roast chicken. I am absolutely salivating here.

I would do very badly in these list things because I don't have a TV (it's OK, nothing bad happens as a result).

And tut-tut - you have all these places - in your creative imagination.

PS Dennis read your food list and now he's making a lot of noise in the kitchen! He may be attempting to roast something.

Thanks for sharing.
I hope y'all had a happy Easter!

I don't have TV either, but this "4 things" can be varied infinitely.

In fact, you are now supposed to choose a certain number of other bloggers (4 maybe?) to do the same thing.

Yes, Betty C. is right; she has agreed to take up the challenge on her blog; anyone else willing? Sally??

Is that some kind of rare tortoise? I've never seen one with yellow markings like that... any idea what type?

We used to be able to get tortoises quite cheaply and easily here but now they're near impossible to get and cost about $100 or something.

They do look so CUTE when tiny!!

Havin' a happy Eggster? I've not consumed a SINGLE egg since JANUARY and 2x paxx of Cadbury's Mini Eggs... d'you get them Stateside? Or Cadbury's Creme Eggs? Those are classic!

He/she appeared in my backyard; it is a common Box Turtle who is becoming an endangered species. I have seen them run over!! Can't people slow down??

i love Father Ted and my OPE zine!

When you say most anything by Wes Anderson, are you referring to The Darjeeling Limited. Because I did not think it was up to snuff.

I wrote a whole comment and it disappeared. I wish I could remember it.

Dear Anonymous - and all you others,

I am enjoying these short and witty comments.

I would accept the 'challenge' of the lists - but I would very, very probably get it all completely round the wrong way.

On the grounds that this might provide some amusement, I'll have a go when I get back from this evening's poetic wanderings.

you lived in Oxford and worked illegally?? so very naughty of you! now, you'd be sent to Gitmo and never be seen or heard from again if you pulled that. glad you were able to have that experience.

good list. i love the Ghost and Mrs Muir.

and Father Ted i could watch over and over

I haven't seen any of those movies, and have only watched martha once, but I read some old issues of her magazine when I was on holiday in Florida last year.
Quebec City... great place!
Any anywhere by the sea... oh yes!

OK. go on, what WERE you doing in Oxford? I assume it was the fact of working that was illegal rather than the work itself?

Have a nice weekend!