a lovely little film of printmaker Angie Lewin I came across in my virtual travels: 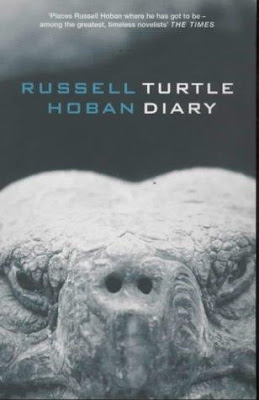 Discovered in More Book Lust; and I vaguely remember the movie, whose script was written by Harold Pinter, I believe.
Posted by tut-tut at 7:49 AM 2 comments:

Under construction, or something . . . plus two photos of summer activities

L was driving home from work early one evening a few weeks ago, somewhat distracted, and rear-ended a car about to make a left-hand turn. The van's airbags deployed and mayhem ensued as the car horn blared and the police arrived. According to D, there were three police cars directing traffic around the car, which was awaiting towing from the middle of the road. It happened in front of the local No Tell Motel, so lots of ladies left their posts to come out to survey the commotion.

No one was hurt, and the other car was driven away. Not so the van; it was declared totaled by the insurance company, mainly because the airbags are so expensive to replace.

Let us now draw a veil over that portion of the summer.

* * *
Two photos, one of a melon grown out back, which was very tasty indeed. Unfortunately, it was the only one to survive. The other is a comforter cover I'm making for L to take to college. It's almost done; a child of 10 could have sewn this (after realizing the book's directions were faulty, but that's another story). 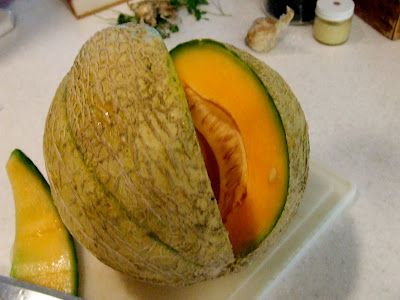 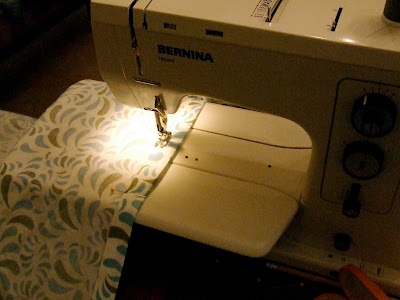