Need to get over to the other blog and work on it, get it going. I really think it has potential, but right now that reads as inertia.

Because of the wonders of the Internet, we can talk to L on the phone, calling from Paris. Somehow, it costs nothing. I don't understand a bit of it. I remember many years ago not being able to call home from England because the cost was astronomical. What a lonely feeling that was.

Midway through making Indian lime pickle in this shot: 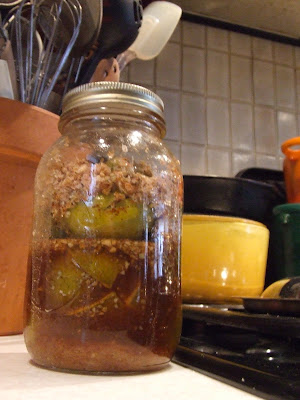 Today is the day. The Christmas tree must come down.

This is the reason I don't like to put the tree up in the first place. Taking the ornaments off is the saddest, dreariest activity. Ever. The holiday is over. It's wet, gray January. And really, what is there in the offing?

Adding up the accounts for the taxes.

That's about it, really.

I look at all the ornaments, and we now put up only those that have been made by someone—mostly Helen's, but lots by Lucy, and others (some by me) and I think of time disappearing. Other Christmases with lots of relatives around, who no longer are here . . . Argh

All right, enough being maudlin.  Time to get down to business.

However, I may have to break my austerity pact (just this once) and buy two skeins of Madeleinetosh Tosh DK (they're on sale, and I can make the Honey Cowl x 2; presents!).

But maybe I can restrain myself.
Posted by tut-tut at 10:37 AM 7 comments:

away . . . Right now, L is en route to ORD, then to CDG, landing tomorrow. It is v difficult to get up at 0300, although I'd say we all managed rather well, and before the alarm buzzed, too. D drove her to the shuttle which took her to the regional airport.

Will report back later, but man I'm tired, and I'm not going anywhere (except to clean someone's room and do a mountain of laundry . . .)

Betty C and Meredith: I will keep you posted on my plans, though I just heard this a.m. that plane fares are supposed to rise 8 to 12 percent this year.

L had to find a guide book and a French/English dictionary to be ready for next week. I had an Earth Fare coupon for a 4 lb bag of Valencias. Conveniently, the bags of oranges were right there at the door to the right as we entered. So that was that.

However, the scent of freshly fried bacon was in the air, and L was directed by it to the breakfast bar, which contained four or five white-paper-wrapped bacon, egg and cheese bagels. How could we resist? Upon unwrapping one, we were treated to thick-cut bacon (and plenty of it), real scrambled eggs and cheddar cheese. On a real (for these parts) bagel. Delicious. So big, we shared one.

Thus fortified, we headed to B&N for the above-mentioned books, and then I dropped L at New Moon so that she could meet a h/s friend.

After that, I headed to the library, where I found that  The Middlesteins was still on the shelves, probably because it was shelved in the stacks and not with the New Books.

I didn't particularly care for The Kept Man, but this got such a good review, that I'm looking forward to it.

A perusal down the New Books shelves brought this to my attention: Care of Wooden Floors. I'm hoping I like it enough to finish

The newest Ina was also on display. And Mrs. Pringle of Fairacre, by Miss Read was also a New Book, surprisingly enough. Always, as Kirkus Reviews says, "a soothing oasis of tidy living for the frazzled reader weary of an untidy world."

So far, a calm, productive, satisfying day
Posted by tut-tut at 12:51 PM 3 comments:

Noodling around on YouTube, I discovered this mesmerizing pairing of images and the haunting music of Telling the Bees. and this, a companion:
Posted by tut-tut at 2:08 PM No comments:

Yes, L is off to Paris for the semester. So many unknowns still, though. Where will she end up living? There is the problem of the cell phone. What service? How much to pack? What? There is the tricky problem of what kind of shoes (how many pairs?). 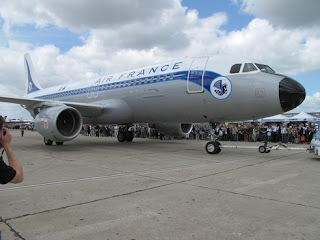 She's not taking Air France, but this photo will have to do. She has gotten around quite efficiently the past few years, so she's a seasoned traveller.

I'm wondering how much it will cost to get around. Will she live near enough to her classes so that she can walk? 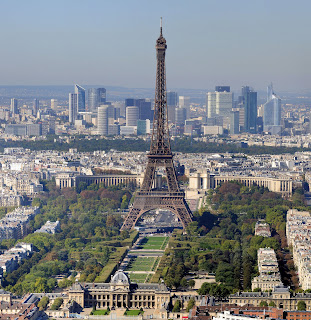 I hope that 2013 brings an end to much bickering and divisiveness, on many levels.
Happy New Year to all.