e has given me the letter Y to write about ten words beginning with that letter that have some meaning for me. They are in no particular order.

Yeast: Since L was a tiny girl, D has been baking our bread around here. No other bread, besides hard to make, complex European style breads from Niedlovs, will do. I occasionally make some too, usually pita. They never come out round, though. 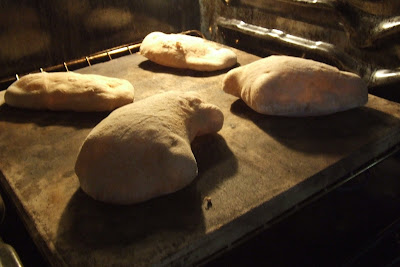 Yankee: Yes, having been born in Vermont, and living in western Massachusetts as an adult until ten years ago, I guess you could say that I'm one. I miss the small towns, the maples, the rhubarb, the barns listing into the earth, the crisp air that, in winter, can be so cold you gasp when you first step outside. I do like it here, but when we moved, someone said to us, "You'll be back; eventually, you'll be back." It looks like he might be quite right. We'll see. 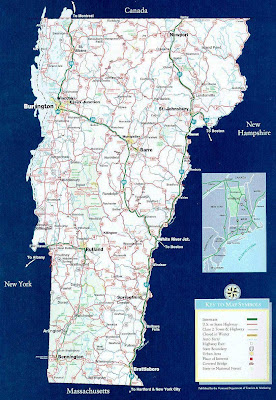 Yoga: Well, I don't think of myself as a yogi, a true spiritual practitioner of yoga, but I do love it, and miss the aching muscles after a session if I have to skip one for work at the computer. The people at Clear Spring are so inviting and encouraging. I don't think I would have taken that first class without them.

Yard: I love my yard; D is the one who does the most work in it, though. He created the herb garden, which was just a funny 1-foot-wide bed bounded by a railroad tie. Now it's quite a beautiful and useful big bed. We have to figure out how to get a rain barrel into it. We are going greener than ever here. There is even a movement afoot up here to allow us suburbanites to have a chicken or two.

Yoke: (e, this isn't easy to find y-words) So yoked as in married, which doesn't sound very complimentary, does it? With all the ups as well as the downs, D and I have been married for 22 years come August. Where did we meet? At a Christmas party eons ago. He gave me my engagement ring in the bar at the old Ritz-Carlton in Boston one Christmastime. As a matter of fact, from time to time we used to have lunch at the old Copley-Plaza, where often Gus Saunders would be hosting his radio show, Yankee Kitchen, at the next table.

Youngster: L has been a really wonderful one. I couldn't imagine life without her. It seems that in the blink of an eye she is a teenager who drives herself around, plays the cello, and takes a demanding course load as an 11th grader. I never believed people when they said the years would fly by, but they really have. Next week we are looking at (gulp) colleges in Ohio and Indiana, staying a night or two with kim! 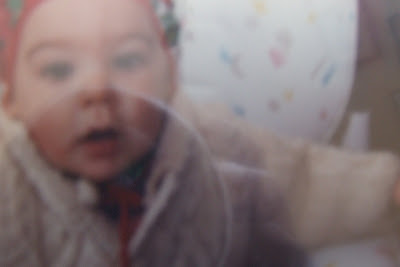 Yarn: My grandmother taught me to knit when I was about 8 or 9, and I've been knitting ever since. Until I moved here, I was an isolationist knitter who fixed things (or tried to) or garbled patterns on my own. But here I've found a wonderful group to knit with and a great mentor who can just look at something and tell me what's wrong and how to fix it. I get quite a lot out of our Saturday mornings, that somehow bleed into most of the afternoon, knitting, talking politics, trading stories, getting advice.

Yuletide: I LOVE Christmas music. Not so much the getting out of boxes of ornaments, setting up the tree, baking (I'm tired already), but all the different types of music: Renaissance, jazz, old standards, carols. Frankly, I listen to it all year round, and I'm sure people wonder what 's going on when they hear it wafting from my car player in the middle of July.

Yowl: This is a sound I'm very familiar with. Soul often emits them upon seeing Frank, who he just cannot abide. It must be a male territory issue, because Bear, who used to be tolerated, now gets a healthy "hiss" whenever Soul encounters her. Even if I'm patting Soul, and Frank happens to come into eyeline, I get hissed out/yowled at myself. It's not easy being Senior Pet. Here, Frank and Bear try to keep Soul outside by putting the screen back in place. 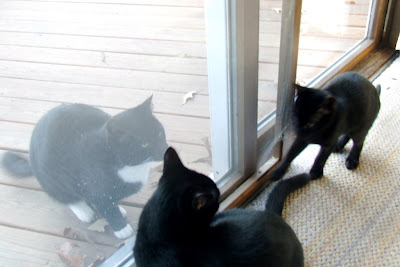 My trio of felines has the same issues and squabbles. What's up with your other Blog Take Back Dinner???

I went to see and nothing much is there...

Take Back Dinner needs some fiddling with. I'm on it . . . soon

Absolutely love the Bela Fleck video! I saw him at the 2004 or 2005 Newport Folk Festival sitting in with somebody else's group, and they ended up sounding just as wild as the Flecktones. Heh, heh! I guess Bela's energy is contagious. Thanks for posting that.

Clever take on "Y". Yeah, that would be a tough letter to find 10 words for.

Interesting list. Be glad you didn't get X though.

I LOVE Xmas music as well - but I'm only allowed to play it during the Xmas season, which begins one week after Thanksgiving and ends on December 26.

Yes, so many positive things in life... You are blessed.

Excellent list..I love that top photo you've captured the atmosphere so beautifully I could just eat a piece..there's just something about the smell of warm bread.

Great job, tut-tut. Not an easy letter. I've not gotten one, as yet.

I learned a lot about you today, tut-tut!

I have to say, Sleigh ride is one of my favorite holiday songs and I've never heard it played quite THAT way! Very cool!

I think you are brave for baking with yeast. I'm scared of it.

word verif is billo... what a great word!

the photos are wonderful - especially the baby shot of l and of course your yowling kitties.....

Cat diplomacy seems more complicated than trying to bring peace to the middle east! I salute you for all your efforts.

Y is a hard one, but you did it with style and aplomb. Bravo!!

Didn't know you were a Yankee. I love the shape of Vermont. I've never been there.

That's a great list, Tut-tut. I received the letter 'r' and am still 'ruminating' over my 'r' words.

This meme is much harder to do than its deceptive simplicity.

I also play Christmas Music out of season--we used to have "Christmas in July" parties too. black or back n white cats are my absolute faves--I will have no others!

Excellent. What a difficult letter, and you did a fantastic job.

That final picture made me giggle. Yowling is right!

Gret job witht he Y's - I enjoyed reading that.

I am sending you and L. "traveling mercies" as you drive! I have completed the Ten 'R's of Lola:

hope you enjoy your week. look forward to your return!!