D arrived back from the garden with this handful of snow peas! From the number of plants and blossoms, I may be sending a few in your direction, gentle reader. 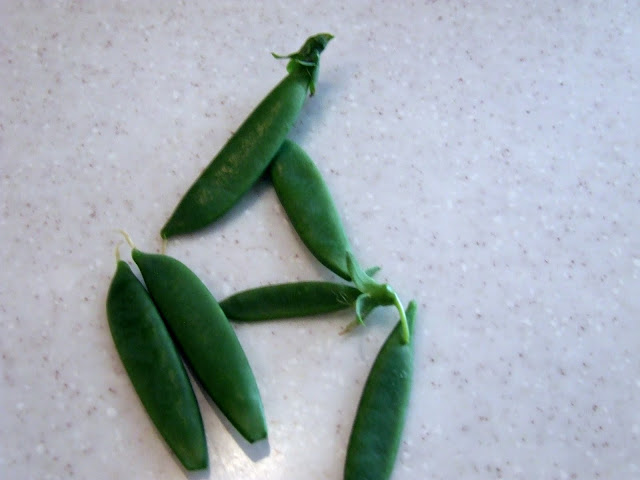 D was supposed to have gotten me an anise hyssop plant yesterday at the farmer's market, but he FORGOT, even though he called to make sure (men). Then he was stuck for an hour going up the mountain in a snaking standstill of cars, because a tour bus had gotten itself stuck halfway up, near the Space House. I don't think I've shown a picture of the Space House, have I? I pass by it almost every day, and rarely think about it, but really, how odd, isn't it? just another Southern eccentricity that has become commonplace.

looks a few houses up in the catskills, near Woodstock. Hey, I have not been home much --am on the road most of each week. Am in the Catskills now, but only for a few more days, then off to the Adirondacks again. (I was there in mid april and again last week, but this time will stay longer. I did get to Vermont, but only crossed the border for lunch. Am heading for Saranac Lake mid week. Dennis will be grumpy!

Holy cow what a cool house! I would totally live in it!

Another inaccessible marvel for me...I would install an elevator.